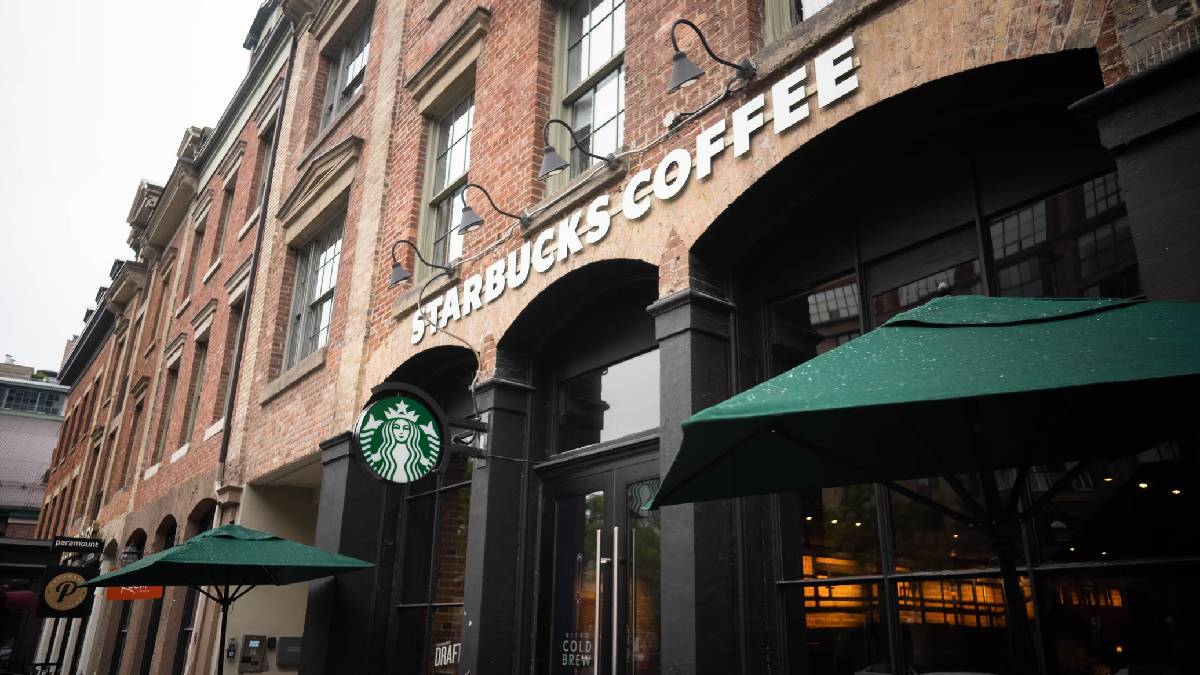 Starbucks was established by Jerry Baldwin, Gordon Bowker, and Zev Siegl, launching its first store in 1971 close to the historic Pike Place Market in Seattle. Two things which these three men had in common are that they come from a place called academia, and they all loved coffee and tea. To start the initial store, they borrowed and acquired some money and then they named it as “Starbucks” after the first mate in Herman Melville’s masterpiece novel Moby Dick. The major inspiration of starting a coffee and tea shop came from a coffee roasting entrepreneur named Alfred Peet who was a Dutch immigrant who started to import Fine Arabica coffee to USA during the 1950s. “Peet’s Coffee and Tea” a small store was open in 1996 by Peets which focused in importing first-class coffees and teas. Peet’s triumph urged the Starbucks founders to put together their plan in action to sell excellent quality coffee beans and equipment. Peet became the first supplier of the green coffee beans to the Starbucks. The partners at a point later on bought a pre-owned roaster from Holland and Baldwin and Bowker explored Alfred’s roasting techniques to make their own types of coffee flavors. In the 1980s Starbucks had opened 4 stores in Seattle that stood apart from all other competitors with their high-quality fresh roasted coffee. Sigel, one of the 3 partners decided to leave Starbucks in 1980 due to other interests and Baldwin was assumed as the president of the Starbucks.

The founders of the Starbucks are Gordon Bowker, Zev Sigel, and Jerry Baldwin. Gordon Bowker began as a writer and he was the late co-owner of the Peets coffee and tea and Redhook Ale brewery. He graduated from the high school O’Dea High School in Seattle from 1960-1965. Gordon attended the University of San Francisco and he dropped out 8 credits away from graduation. After Starbucks was sold to Howard Schultz, Bowker left Starbucks and served the Peet’s board of directors from 1994 – 2008.

Zev Siegl was an American keynote writer and speaker and in 1971 he served as the director of Starbucks. Sigel was born on 28 December 1942 in Detroit, Michigan. Zev Siegl was the first paid employee of Starbucks. Since leaving Starbucks, Siegl has founded several other small businesses such as the Quartermaine Coffee Roasters

Jerry Baldwin was born in 1942 in San Francisco, California and he attended the University of San Francisco. Jerry served as directory and founding chairman of the Technical Standards Committee of the Specialty Coffee Association of America, President of Association Scientifique International Du Café and as a chairman of coffee quality institute. In 2000, along with his wife, Jane Baldwin, he established J. Baldwin Wines located in Sonoma Valley, California.

Kevin Jonson is currently the CEO of Starbucks. He was born in Gig Harbor, Washington and raised in Los Alamos, New Mexico. He graduated from the New Mexico state university in 1981. He first worked as a system engineer at IBM in the late 1980s and then worked in the Microsoft in 1992 working under global technical support. Kevin first stepped in Starbucks as a board member in 2009 and Schultz later on asked him to take a bigger post at Starbucks. Kevin served as the Chief Operating Officer (COO) from March 2015 for two years. and then he became the CEO of the Starbucks. In April 03 2017, Kevin was appointed as the CEO of Starbucks while also remaining as the President of the Company.

Starbucks offers a wide range of unique and outstanding products for their customers to enjoy in store, in house and on the go. In 1994, Starbucks company introduced the coffee connection – the right to use, make, market, and sell Frappuccino. In 1995 the company reached to sales of over $2 billion by selling Frappuccino beverage.  Subsequently, Starbucks entered the tea industry in 1999 by purchasing the Tazo brand and in late 2012, acquired Teavana brand as well. Starbucks kept offering users various types of exceptional coffee products and in 2009, they launched a new line of instant coffee packets (VIA). Presently, Starbucks offers a premium line of Instant coffee with various types of flavors, more than 30 blends coffees, handcrafted beverages, Merchandises (coffee/ tea brewing equipment, mugs, gifts, and accessories) and fresh foods such as, baked pastries, cold and hot sandwiches, oatmeal, salads, and fruit cups.

Extra smooth expresso, steamed milk and vanilla syrup come together to make this delicious drink. One of the best and famous Starbucks drinks for those want to be healthy while satisfying the desire for a crafted coffee.

One of the best white chocolate delight drinks. The drink contains white chocolate, ice, expresso, milk, and whipped cream. Starbucks offers two methods of sweetening for the customers to healthify their drinks.

Starbucks offers this bold Latin American blend, with sweet roast flavored Premium instant coffee for the customers to enjoy in their own homes. This is blended using 100% high quality Arabic beans.

Caffe Mocha Premium coffee mix is a combination of coffee and chocolate. Starbucks have crafted this delicious beverage with the use of Arabic coffee, dairy milk, and coca.  This is specially for Caffe Mocha lovers.

Cappuccino Premium instant coffee mix was inspired by Starbucks Cappuccino. Blended with Arabic Coffee and dairy milk, topped with a thick layer of foam. This rich and velvety coffee is very famous among people.

Starbucks is a well-known coffee company that sells high-quality coffee beans all around the world. It sells top-notch Frappacino coffee drinks, top-notch premium ice cream through its non-driving partnership, and offers creative premium tea by the Azo Tea Company, among other things. It has a total net worth of $110 billion as of 2021, which it earned by selling all of the above in various countries and territories. Starbucks is a chain of international restaurants that serve handcrafted coffee, tea, and food. It is the most well-known, developed, and respected brand in the world.

Starbucks already has a loyalty program called “Starbuck Reward” that gives people a discount and gives them a reason to choose Starbuck over every other coffee brand. The membership has increased by 25% in the last two years, and there are now over 16 million members. Starbucks had also associated with Apple and had sponsored Moring Joe in 2007.  They also uses these social media platforms to gain more users: Twitter, Facebook, YouTube, and Starbucks blog.